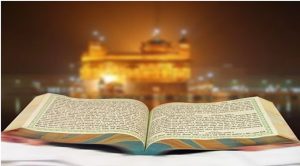 Punjab is the repository of a culture that goes back to millenniums. It has withstood the vagaries of changing (often violent) times. Changes have been dynamic but the fundamentals have remained the same. The civilisation roots of Punjab have, since long, transcended the limitation of religion, caste etc. There is in place a syncretic culture that is witnessed in common eating, common dress, songs and literature etc, something that is explained by a specially coined word – Punjabiat (the Punjabi way of life)

Punjabi written in the Gurmukhi script was first advocated by the second Sikh Guru. Guru Angad Dev, as the accepted language for Sikh religious thought. It is the language in which Sri Guru Granth Sahib has been written. It is also the official language of Punjab. It has a national and global signature and is spoken extensively not only within Punjab but also by people of Punjab settled in other parts of the country and abroad. Delhi, the capital of India has a big Punjabi speaking population.  Punjabi songs and Punjab movies are particularly popular. The Punjabi-speaking people made 2.74% of India’s population as of 2011

Punjab is known as the land of the Gurus in view of a universal acceptability of the teachings of Guru Nanak Dev as propounded further by nine Gurus and finally vested in the Sri Guru Granth Sahib as a perpetual living Guru. The Sri Guru Granth Sahib forms the very soul of Punjab, all castes and communities look towards the holy Granth in reverence and relate with its teachings alongside their own religion. The holy Granth, therefore, forms the foundation of the cultural homogeneity in Punjab, it is the very basis of Punjabiat..

Falling Demographics of the Sikh Community

Sikh religion is the fourth/fifth largest religion in the world with 30 million followers. According to the 2011 census there were 16, 004, 754 (approximately 16 million)  Sikhs and 10, 678, 138 (approximately 10.67 million) Hindus in Punjab with, of course, a smaller representation of other castes and communities too. Sikh religion was then practiced by 57.69 percent of the population of Punjab  while around 38.49 percent were Hindus. Islam with half million followers constituting 1.9 percent of the population. The figures also state that about half of the Sikh population worldwide is residing in Punjab.

There seems to be no concern among the Sikhs worldwide over their constantly declining population level in Punjab. There seems to be little urgency to check the cultural erosion at the very roots. Even those who remain have cut their hair and stopped wearing turbans that form the very essence of the Sikh identity. 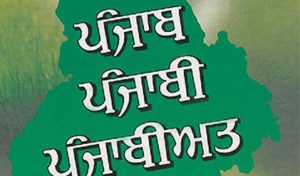 For Punjab to prosper both culturally and economically the Sikh community needs to thrive since it is this community that remains custodian of the Sri Guru Granth Sahib in which the people of Punjab repose great faith and belief.

Sadly, those made responsible for the preservation of this heritage have been taking retrograde steps. Instead of building on the universal acceptability of the holy Granth and maintaining it at its rightful place as a spiritual base of the people of Punjab, they have been limiting the reach of its grace with parochial, self serving policies.

The Shiromani Gurudwara Prabandhak Committee (SGPC) which has placed itself as the custodian body for Sikh religious affairs has limited the definition of a true Sikh as one who adheres to all tenets of the Khalsa as laid down by the tenth Guru of the Sikh faith, Guru Gobind Singh. It has defined such followers as “Amritdhari Sikh” and vested only upon them the right to vote for SGPC elections. For the remainder it has coined different (often derogatory) definitions like “Sehajdhari” – someone who has taken the path of gradually adopting Sikh tenets and ‘Patit” – those Sikhs who trimmed their beard  and hair. There are also around 100–140 million Nanak Naam Leva (Those who believe in Guru Nanak) across the world who believe in the Sikh Gurus and Sri Guru Granth Sahib. Of these approximately 83 percent live in India.

All segments given above have been denied voting rights by the SGPC and by so doing they have been isolated from the Sikh Church. Hence, instead of carrying the entire Punjabi community within the light of Sri Guru Granth Sahib, as was the principle propounded by Guru Nanak, the Sikh clergy has restricted it to unacceptably narrow parameters.

More serious is the massive conversions of the lower strata of Sikhs to Christianity that is being carried out openly and through a well planned and systematic process of exploiting their vulnerabilities. The Sikh clergy has no plan in place to stop this practice.

On the cultural front Punjab has been left gasping due to large scale migration to foreign shores more so from among the Sikh population. Villages in Punjab are now dotted with palatial houses  that remain locked since the occupants live abroad. They leave some servants, normally from Uttar Pradesh and Bihar to look after the houses and their other assets.

There are two main reasons for this migration. First, the environment of militancy that drove able bodied men out of the state and into foreign countries. Second, complete lack of economic opportunities due to poor, parochial leadership that laid too much dependency upon the green revolution. As the impact of the green revolution started waning due to land holdings getting smaller, and with no alternative employment opportunities being put in place by successive governments the young blood took to migration.

Now, settling abroad has replaced the earlier lure of the Armed Forces to become a symbol of social status among the Sikhs. To be counted as successful it is necessary to go abroad. Naturally there is a virtual exodus in place. 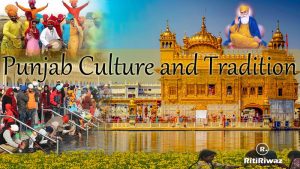 Social churning has taken place in Punjab to the extent where a different perspective to the future of the region needs to be worked out. There is a need to look beyond agriculture towards strengthening the cultural moorings. The rich and influential  Punjabi community spread across the world needs to nurture Punjab as the seat of its culture and ethos. This is most important for the Diaspora in case they wish to maintain their identity in times to come.

Punjab should be the place where Punjabiat flourishes for the benefit of the coming generations to imbibe a spirit of belonging. It is from Punjab that the spiritual message of Sri Guru Granth Sahib should emanate to the whole world.

Let us first take the need for food. A system can be put in place wherein Punjab produces highest quality organic, ethnic foodstuff for consumption of Punjabis worldwide.  Imagine the pride that families will feel when they eat food produced in Punjab itself.

In the education sector, state-of-the art institutions can be opened with international standards where children can study at least for a few years. It would assist them in imbibing the culture. The younger generation is also quite keen to proceed on a few years of self discovery, what better than to get them to Punjab to learn about their roots and build on them.

There needs to be patronage in building institutions where research on history, heritage and well as preservation of art and culture is facilitated.

The foregoing are merely a few examples on how a new Punjab with a new larger community role can be created. There are so many more fields in which work can be initiated.

Guru Gobind Singh, even under challenging conditions while at Paonta,  Aanadpur Sahib and later Damdama Sahib, remained an avid patron of art and culture. Poets, musicians, writers and artists were extended his patronage. A revival of those days is very much possible for the Punjabis of this age. It can be easily organised and financed.

The creation of an enlightening social, cultural and religious capital involves shedding of parochial considerations as have been pursued so far for short term power politics. For the Sikhs to do well in other nations it is important for a sizable number to stay back in Punjab to carry the torch of tradition. Surely the affluent Sikh/Punjabi community can look after its less fortunate brethren who are suffering due to small land holding, surely there is no cause for any proud Sikh to commit suicide when there are so many available to bail him out of his troubles. Surely, there is nothing that Christians can offer to engineer conversions that the Sikhs and Punjabis cannot offer better.

It is in this direction that the affluent Punjabi community needs to be guiding the destiny of Punjab. It is not something that the government will do, it is a socio-cultural domain that has to be understood and created by the Punjabis themselves.

(Jaibans Singh is a social worker and writer)