You are here: Home / Agriculture / Protests and Way Forward
Share 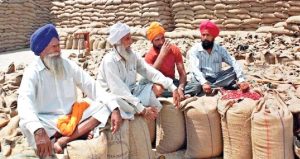 The protests against the farm Bills have been making news for the last few days if not weeks. The government is trying hard to control the agitation and come to an agreement with the farmers. The protests seem limited to a part of north India but their proximity to Delhi and the coverage in the media has amplified the intensity.

It seems reasonable to believe that the government will come to an agreement with some compromise with the protestors where the agitation lobby and the government agree to continue the agenda of reforms with some tweaking in the proposed laws.

It is irrelevant to debate here whether the reforms are a good thing or not or if the protests are justified or not, or to what extent. Our view is that the issue will be resolved eventually and the farmers, the middlemen, and the buyers will soon learn to operate in the new legal framework.

This article is not about the farm bills or the agitations. It attempts to look beyond the issue of bills and focuses on two important ideas which could be very critical to the long term reforms in the agriculture economy.

The core issue here, as in any market, is of transparency and fair-play. We can draw a parallel to the stock market and the controversies surrounding it in 1992 from scams of Harshad Mehta. The scam brought to fore several loopholes in the system that were corrected systematically by introducing electronic trading, institutions like NSE, National clearing corporation, NSDL and empowering of SEBI with quasi-judicial, quasi legislative powers that it has today.

Successive governments have systematically introduced reforms in every sector and have successfully managed to sustain the reforms using central, transparent and respected regulatory bodies. We have bodies like SEBI for securities market, TRAI for telecom market, IRDAI for insurance market, CERA for electricity, RERA for real estate and similar other organisations who are doing their job reasonably well. These regulators are making sure that all the players are playing by the rules and interest of industry is not compromised by selective parties, which in turn is also helping the industry to grow.

With precedents like these, an effective regulator for agriculture markets could be an important part of the long term measures required for the explosive growth of the agriculture economy.

The proposed agrarian regulator will introduce mechanisms, help govern the market and regulate instruments like indices. As the GST council has representatives of state and centre, the regulatory body too could have representations from state and centre and it can deal with the issues in a transparent and fair manner.

In addition to a regulator body to govern the markets, we also need common indicators of the fluctuating prices for different agricultural items. These indicators are required so the producers, consumers and traders have a mechanism they agree upon, beyond just the MSP, to know the fluctuating movements of price.

As an example, we can look at the oil markets, and a measure like the WTI crude price. It gives people an idea about the trend in oil price and current price of crude oil across the world. All the entities dealing with oil use this benchmark and its trend for business decisions. All the Airlines enter into future fuel supply deals based on WTI crude index. Apart from helping the firms in managing the risk of price movement it also serves a bigger purpose of maintaining the level of oil price across the world. There will be local variations in the oil price but directionally it will be along the line of WTI crude index.An agriculture index in the domestic market can be as effective as is WTI crude index in the global markets.

These three Bills are introducing structural reforms in agriculture and going to break many existing structures. With the introduction of new agricultural policy, we will have new marketplaces where farmers, traders and other corporates bodies will engage directly in transacting for agriculture produce.

Soon companies will enter into an agreement with farmers directly for their requirements. Since these agreements will be private, the price level of the agreements will not be known in public domain. This will create an information vacuum for market players and open the doors for disinformation to influence the markets. Small farmers in particular will find it difficult to bargain or sell their produce at the right price in the absence of price information. Also, in case of a long term contract, prices will be fixed for a long delivery period. An index will help the farmers peg their prices to a measure everybody agrees upon.

One Nation, One Market

A farm index will also help to create a unified market across the country since there is only one price. Let us try to understand this with one example. We observed wheat prices across the country for November 2020 and we saw around 42% price variation in different local markets (Minimum 1550 to Maximum 2200 per quintal). Assume there is a Wheat Index with a value of 1784 (based on simple average of prices). Then, farmers in Bhopal will try to sell at 1784 instead of Rs 1,550 and make Rs 234 more while the Farmer in Coimbatore will find it hard to sell at Rs 2,200. Based on the index, farmers will be able to decide how and where to sell because they know how their peers are selling as well.

Assume wheat prices are getting published every day. If the wheat price index goes down by 5% in a month, what will it mean to various people dealing with wheat such as farmers, consumers, companies using wheat as raw material?

In other words, index movements or trends will work as a guide for future capital investment decisions and keep the price within range. If price goes up or down other players will jump in the market and reverse the trend. Over a period of time this data will be a gold mine and analytics can be drawn, bringing further efficiency and investment in the agriculture market.

Currently local APMC mandis facilitate the trading of farm produce and setting price in local mandis. These local prices are published in various local newspapers with some time lag. We need a similar mechanism at the country level. This process should be digital to avoid human biases and mis representations and to easily consolidate the trades happening at the national level. This is quite similar to stock trading where any trade in an individual stock reflects the price except that in case of agriculture the representative price will be calculated in different ways.

With the recent agriculture reforms there will be registered entities that will engage in agriculture trading activities. These entities should report all the transactions beyond a certain threshold to a central agency. This central agency can develop the algorithm to calculate indicative prices for a period based on the different transactions received during the day. The central agency could publish calculated prices for a prespecified period, for various commodities.

Who will be the regulator?

The government can decide to leverage the existing Commission for Agricultural Costs and Prices (CACP) or create a new body which can be given the mandate to manage these indexes. As an example, although SEBI was set up as a body in 1988, it became an effective regulator only in 1992 when it was given the necessary powers by act of parliament in 1992 when the stock market scam necessitated stock market reforms.

As per the data from 2009 India’s rice productivity is less than 50% of China while the wheat productivity is 40% lower than that of China. This gap in productivity shows that there is a huge opportunity for agriculture to grow. Such a large productivity gain needs many players and big investment in agriculture and a global perspective. Small bandages might not provide the kind of change which India plans to bring.

An important way to align the domestic market with the global leaders is to follow the best practices of mature global markets.

Major economies in the world maintain such indexes at different levels.

An Agricultural Price Index shows how agricultural revenue and expenditure are influenced by their price component and is therefore connected with Economic Accounts for Agriculture (EAA).

The proposed agrarian regulator will introduce mechanisms, help govern the market and regulate instruments like indices. As the GST council has representatives of states and Centre, the regulatory body too could have representations from States and Centre and it can deal with the issues in a transparent and fair manner

In the UK, The Agricultural Price Index (API) is a monthly publication that measures the price changes in agricultural outputs and inputs for the UK. The output series reflects the price farmers receive for their products, also referred to as farm gate price. Information is collected for all major crops (for example wheat and potatoes) and on livestock and livestock products (for example sheep, milk and eggs).

Since agriculture produce will be traded in multiple markets such as APMC, private mandis and contract agreements, a lot of work is required to decide the mandate of the regulator, to decide the formula for single price determination, and methodology for computation of the index.

One hopes that the lobbies who are agitating on behalf of farmers, and the state and central government will soon be able to come to a conclusion on the differences and get to work to sort out these details so the farm sector can get the growth and reforms it has been waiting for all these decades.

(Anirudh Joshi is a technology leader and a regular contributor to reputed magazines on topics related to business, technology, and cultural subjects. He is based in US. He is an alumnus of IIT Roorkee.

Pravesh Jain is an experienced technology executive working with a global financial services company. He is a keen observer of financial markets and a student of economics. He is an alumnus of IIT Roorkee and IIT Kanpur)