You are here: Home / Areas of Study / Governance & Politics / Corporate learning’s from the war zone
Share 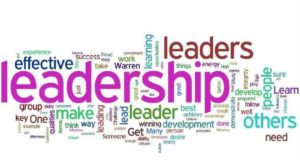 There are no runners up in war.  Either you are a winner or you do not  exist. The ‘Baptism By Fire’ in armed forces is always hands on  and does not permit any second  chance to improve your performance. When the risks of losing are so irretrievably high and we are not only playing with our own life but with lives of hundreds of soldiers, whom we lead to victory, it’s axiomatic that the planning is foolproof, well rehearsed and executed ruthlessly by well trained soldiers. The margin of error in war zone is almost non-existent.

In present times and age, the corporate world has also grown into an intense competition, where all businesses must plan perfectly, implement ruthlessly and control ‘hands-on’ as per the emerging contours of the market. To be able to survive and thrive, strategic planning and leadership like that of Army, becomes the most substantial tools for any enterprise. Therefore, we must learn some lessons from the war zone to succeed in the fiercely  competitive cut-throat corporate  world. Some important lessons from War zone  for Corporate World are highlighted hereafter.

Detailed Planning. Planning process for battles is very detailed. A democratic way of discussion is held during planning, wherein everyone is free to express his view, criticize other’s plans and find innovative methods to achieve victory. Thereafter, the decision of final plan is with the leader and once decision is taken, every soldier  assumes ownership of the plan and puts all his might to make it a success.

Contingency Planning. The army believes that no plan survives the first engagement, howsoever brilliant it is. Changes have to be incorporated after the enemy faces the first offensive and counters it. Contingency planning is essential ingredient of all battle plans.    Plans have to be flexible and should have multiple planned contingencies for all possible setbacks.

In the corporate world, the detailed planning and ownership of plans is missing.  Some  good  enterprises, where employees are carefully instructed and thoroughly rehearsed for their roles, they are far more likely to effectively execute a strategy.  Preparing for multiple emergencies during execution means there are fewer unexpected outcomes. Detailed planning with contingencies is the most important lesson from the war zone, for the corporate world.

Decision making is the most important virtue of any military commander.  Whatever means we apply, battlefield  transparency will not be complete. The decisions will have to be made under certain amount of uncertainty and risk, called FOG OF WAR, but they can’t be delayed in battle. Instant decision making is the virtue of Military Leadership.     In the battlefield, speed and boldness is more important than perfection. Indecisiveness can be a fatal flaw. An average decision taken on time can carry the day while a brilliant decision that came late would  result in defeat. The key is to pre-empt the enemy.

It is observed that in corporate world either the decisions are based on hunch, without considering any inputs, i.e. under uncertainty (risky) or they are inordinately delayed. Weak leadership is indecisive and therefore, keep delaying the decision due to fear of failure. Delayed decisions result in delayed projects, cost overruns, increased overheads and consequent penalties.

Once the plan is made, the same is rehearsed in as actual setting as possible. Rehearsals and simulation of actual battle conditions are essentials for success, since warzone will never give you chance again. Success has to be guaranteed and hence all efforts are made towards 100% guarantee of success.  Nowadays, simulators are available for real time rehearsals of missions before they are launched.

Training and upgrading your skills is essential in armed forces. The army believes in sending its officers back to school to keep them abreast with the latest in war-fighting. A high-flying officer goes to top-notch defence colleges every two to three years. Similarly, visiting classroom is also equally essential for all levels of  leadership in corporate world.

Unfortunately, in the business world, training is generally confined to a welcome orientation only. Mentorship to employees is usually nonexistent or limited to informal arrangements made locally.  Entrepreneurs and business leaders must take a clue from the military and help employees and organizations to upgrade, improve and grow as part of   professional development.

War is a costly hobby. War inevitably, comes with an enormously high cost, both in terms of life and property. It causes irreversible damage and sets warring nations back economically by decades. In Armed Forces, judicious allocation of resources is done prior to battle,  as per task envisaged. It’s always advisable to keep 25% reserve for contingencies because the plans are bound to be modified.

In the civil world it is often seen that well conceived projects keep languishing for years for want of funds/resources. As a result, they become highly cost ineffective and finally shelved for no longer being economically viable.

In both the worlds, cost factor is pivotal today. It is thus axiomatic to infer that achieving victory at minimal cost is the greatest challenge today.  Victory at all costs will not be acceptable in future wars, considering the precious value of men and material. Similarly, working in business world, every penny must be saved while achieving targets. 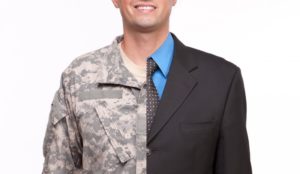 Military to MBA: A definitive connect

In the modern battlefield of 21st Century, Jointmanship   will be the key to success. No one arm or service can claim victory on it’s own. It’s an integrated team that achieves success by the synergy of it’s resources and strengths.  The concept today is to form Integrated Battle Groups, consisting of all arms and services, customized for success. Similarly, Integration of large array of weapon systems is a battle winner for the future battlefield.

The Corporate world will do well to assign challenging tasks to integrated teams of task oriented, well motivated dynamic leaders to achieve the ‘Beyond The Horizon’ targets. Remember, it’s always ‘WE’ and not ‘I’ at the top.

Discipline and punctuality is the key to success. In the battle, the synchronized application of various firepower systems really devastates the enemy. This synchronization is carried out to the ‘minutes’ and   ‘seconds’.   Punctuality and discipline to strictly adhere to laid down timings and plans is the key to success in the war zone. Similar, punctuality and discipline are key ingredients of any corporate enterprise that has to make a niche for itself. Delivery of quality services at the given time is the hallmark of a great organization that wishes to grow and enhance it’s image. Today, business world is also teaching it’s employees to be punctual and disciplined, like Army.

Motivation. Highest level of motivation is there in Army where you motivate your team to do or die for the country.   The army believes that money can’t bind an individual to an organization. The ethos, work culture and scope to achieve satisfaction are more important. In the Army, the system of motivation is not based on monetary considerations. Esprit de corps, camaraderie, regimental pride, act as motivators. Achievement of victory, in war zone,   is only possible through the highest levels of motivation.

Team work is an extremely vital complement of military leadership, which provides the bonding factor as well as the stimulant for complete and motivated team work.  Cohesive team work is a must for any sub-unit or unit to succeed in battle.  Opportunities will be seldom and fleeting, and can only be exploited through effective team work.  The esprit-de-corps is the fiber that binds the team together and forever. Such cohesive team if made in corporate world can achieve great success.

In the corporate world, motivation and teamwork remain one of the most underrated and underutilized workplace tactics. Motivation is considered through monetary rewards team work, the responsibility of team leader. It becomes the responsibility of the leaders to make sure that they stimulate  creativity, increases productivity, builds a sense of community, improve problem-solving, and lead  to groundbreaking innovations and ideas. This simplistic approach to a complex subject of motivation doesn’t yield desired results.

In Army, exploitation phase is planned after every victory, where in forces don’t stop after capture of objective but try to exploit further and go for relentless pursuit of withdrawing enemy to achieve maximum destruction and cause  humiliating defeat to the enemy.

Similarly, the corporate world would do well to lay down the exploitation phases of success and shift the goalposts periodically to optimize from the success. Let’s not be satisfied by achieving the target but go beyond  as often said- “Dil Mange Mor”.

These are just few of the great lessons from the warzone that the corporate world can imbibe to achieve their targets and goals. Military leadership is next level from corporate governance and it’s wisdom to learn from their experience.   Military leaders are committed to modeling high values, building trust, focusing on results, and motivating   others by setting personal examples.

Defence officers are also very successful in corporate world- if given a chance    to prove their worth. Research has proved that CEO’s, who served in the military, are up to 70 % less likely to engage in corporate fraud compared to their non-veteran peers.  The research also revealed that companies led by CEO’s with military experience have performed much better than their competitors, when evaluated over a time frame of 10 years. According to another survey,   around 8% of the Forbes Fortune 500 companies are run by CEO’s who have previously served in the armed forces.

Jointmanship between Corporate World and Military Leadership makes an elixir for guaranteed success. “Let’s give it a Chance !!”

(The author is a social activist, career consultant & motivation speaker)