You are here: Home / Areas of Study / International Perspectives / Pakistan needs to focus more on economy than Politics
Share 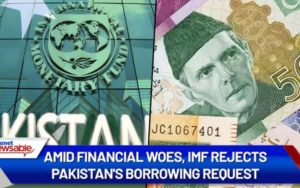 Change of regime has not helped Pakistan get over its economic woes, the fiscal situation is continuing with its southward plunge with the new government spending more time in the proverbial blame game rather than taking some concrete steps to improve the situation.

Even a novice economist would advise Pakistan to impose a financial emergency under Article 235(1) of the Constitution and widen the tax base by getting the land, property and agricultural income into the tax net. It is also necessary to increase tax on luxury items like cars and electronic goods. A third requirement is to increase the price of fuel, at least to a no profit, no loss level, instead of continuing with the subsidy that Imran Khan gave to save his chair. There is also a need to charge more for electricity consumption by the rich and mighty. Most important of all is creation of requisite capacity to collect all the taxes and then put them to judicious use.

None of the governments in Pakistan have been able to generate the political will to take the aforementioned steps. The incumbent government that has a short tenure is not likely to take any step in the desired direction. It has, instead, opted to decrease the import bill by banning what it terms as “luxury items” in the misplaced  belief that the move would assist in saving on foreign exchange.

“We will practice austerity and financially stronger people must lead in this effort so that the less privileged among us do not have to bear this burden inflicted on them by the PTI government,” tweeted Pakistani Prime Minister Shehbaz Sharif after taking this seemingly monumental decision to set the economy on track.

The government has banned the import of 38 “non-essential luxury items” under an “emergency economic plan” whose positive impact, it professes, will be to the tune of $6 Billion on the current account deficit of the cash strapped nation. This is definitely a huge amount  for a nation that is already bankrupt, mired in a debt trap and dependent on foreign dole for its survival.

What is interesting is that the “luxury items” that form part of the ban include mobile phones, consumer items like fruits and dry fruits, frozen fish, sauces, juices, crockery, shoes, sanitary ware, tissue paper, shampoo, toiletries, saloon items etc. These items constitute common consumption in most of the world including India. Domestic  as well as International brands are mass producing these items in India and they elicit a wide consumption with tax paid through GST. These items are also being exported from the country. This clearly indicates how far behind Pakistan stands today in economic parameters.

The incumbent Government of Pakistan is making courageous promises of not allowing inflation to spiral any more than the astronomical heights that it has already touched. However, how it will keep its word is a big question considering that, in recent days, the Pakistani Rupee has broken the psychological barrier of Rs. 200 against the US dollar, causing panic in the financial circles. Prime Minister Shehbaz Sharif expressed surprise, where none was required, considering that the free fall continued for ten consecutive days before the glass wall crashed. 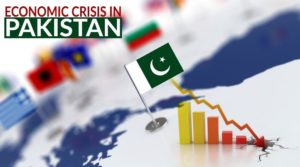 Now meetings are being convened to check the fall but there seems to be no way out since the very genuine fear in international financial circles of default in loan payments by Pakistan is causing the depreciation. The Currency Default Swap (CDS) of the nation hit a 14-year high at 16% compared to the usual 6-8% when the economy stood stable.

With no reduction in international prices of oil, gas and coal in sight, Pakistan’s financial cup of woes will continue indefinitely. Further downturn is likely to usher a huge humanitarian crisis in the country  which is reeling under food scarcity, what to talk of the other essentials like health, education etc. Even today, as temperatures touch 50 Degree Celsius,  the power situation is critical since there is no money to import coal for the thermal plants.

Experts feel that the country is suffering from the “begging bowl’ policy that successive governments have followed for decades on end.  The donor countries, mainly the US and China, made sure that they received a piece of cake for their benevolence. In the end, it was the nation that became dependent  and is now suffering the consequences.

The obnoxiously high expenditure in maintaining the Armed Forces is also largely responsible for the adverse financial situation of the country. Even today, when there is no money for even debt servicing, the budget of the Armed Forces  (read Army) remains untouched. There is scope to downsize both the Army as well as the federal government but not a single step is being taken in this direction.

A lot of hope is being pinned on the ongoing visit to the US by Foreign Minister Bilawal Bhutto. Pakistan is setting the stage by getting its primary newspapers to speak about the keenness of the US  to “identify  investment and trade opportunities to build a prosperous and stable Pakistan.” There is also talk of the US nudging the IMF to consider Pakistan’s request for a loan favourably.  Whether the US will respond positively or not needs to be seen but, if it does, it will extract a heavy price from Pakistan.

It seems that the incumbent Government of Pakistan has learnt no lessons, Instead of taking the long and arduous path that can lead to self sufficiency it is once again standing, hat in hand, for whatever can come its way from the big powers without considering the long term negative consequences on the nation.

Pakistan needs to focus more on economy than on politics. Half of the economic problems that the country is facing would vanish if its leadership gets off  the high horse and opens relations/trade with India. Sadly, the leadership of the country is ready to cause pain and deprivation to its people but will not look at reality in the face.

(Jaibans Singh is a Geo-political analyst and columnist)