You are here: Home / Areas of Study / Governance & Politics / Right to ‘Possess the Rights’
Share 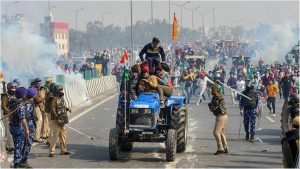 Freedom of expression, equality and justice, all strengthen right to possess the rights, leading to the struggles and revolutions in the hope of  a dawn of ‘Democracy.’ The ancient Greeks take the credit of harnessing this protective armour against the barbaric character of the ruling bodies that have been called nasty and brutish by Hobbes. It allows the demos (the people) of this globe, to  affirm the rule of the self at a sacred space called the polis- the city state.

This innovation of medieval Europe, has indeed paved the way for the modern democracies of not only Europe and the Americas but of the global south or the so called ‘third world’. However, these third world democracies have adopted a version of self rule and shared rule that could be named as ‘Democracy 2.O’. Many of them (predominantly India) included every human being under this sacred space. Women and the other bodies who were relegated to a derogatory status due to their race, ethnicity or even the have been awarded the citizenship rights in the beginning of the trivia of modern state per se. Cultivating the democratic ethos in an amalgamation of a diverse and vibrant cultural society, unlike the apparently homogeneous Europe, is not an easy task to accomplish in India.

With absolutely no doubt, the ‘right to have rights’ depends on the people themselves and are not supposed to find its legitimacy from any source of power. The state has no monopoly to decide the people’s choice to claim rights.

Despite having harnessed the concept of democracy achieved, every day Indian witnesses new chapters of making the ‘right based’ claims unfolding in the political churnings. It is definitely an indispensable course of a living democratic state. People come together, occupy the public area and create an environment for the safely organised demonstrations and thus justify that politics is not a drawing room game of a handful of people. It is a different ball game altogether where there are multiple grips from various dimensions.

The past one year has been of a big transformation. In concert with the geopolitical situation of the Indian state, the Centre has ushered all its power in the greatest revival against the niche that has been created due to the pandemic, security, and a lot many times due to the threat to sovereignty. The centre also did something that many of the reform committees and the governments have dreamt of doing with regard to the overhauling of the agricultural sector.  In the most vibrant scenario where there has been a protest against the farm laws passed by the Indian Parliament. Sadly, the protest opened space for some secessionist elements and external forces to take advantage of the prevalent fragile situation. At the top of this, the regional opportunists are behaving as parasites feeding themselves to foster their political fantasies. Systematic attacks on the administration, conspiracies by importing influencers from abroad became the order of the day. The innocents were made to believe in the utopian dictatorship of the proletariat.

Besides, a pesky media and the emergence of ‘all-weather experts’ easily make a large chunk of people believe in their words and speeches, hence leaving less time to think and research within a rational capacity. This fluid tendency brings more fear. 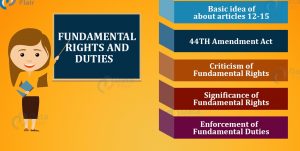 The people protested and the Government offered talks in the best illustration of democracy. The talks were not allowed to make a headway leading to the sacred political space of the country being exposed to the protest led agitations leading to violence on the seventy second Republic day which is the epitome of the unity and solidarity of the citizens. This situation has led to the beginning of an ecosystem that predicts a challenging future.

As many say, if power to generate violence comes in the hand of the public then the quantum of violence would be much devastating. What has happened so far itself defines the case!  Instead of weaning the citizens away from the falsity, these churnings are evolving what could be termed as ‘Soft Militancy’.

This brings the legitimacy of the right to have rights into question by the way they appear in the public domain. Peaceful protests definitely don’t, but the gestures and language of the protestors, the symbols they use, the hullabaloo they usher and the destruction that accompanies, brings into the fore the need to have a relook and rethink about such movements.

Nobody can snatch the natural rights but escaping  innate intent under the veneer of a sacrosanct right is undoubtedly a far cry. The faith of the people in the rule of the law and the promises that the constitution holds to the former could not let the guard down in favour of all those who do not believe in the integrity, sovereignty and the solidarity of the state.

Antics will persist, the state will be kept in the judgment box, great thoughts will be tempered, efforts will be made to shatter the trust in the big goals and spectacles will be used to segregate the people on the lines of castes and ethnicity. This doesn’t mean that we are out of the choices.

As Article 13 of the Indian Constitution says, “state shall not make any law which takes away or abridges’ the rights conferred by Part III of the constitution, that is, the fundamental rights”. Therefore, the basic structural doctrine itself defines the substantive character of the law. We as the right bearing and equally dutiful citizens towards the nation need to be wise enough to be alert and to build our own capacity of rational thinking based on the legitimacy that the rule of law codifies. The power of the ‘law of the land’ is absolute and keeping it in mind as a methodology to culminate a cohesive course  of action for demanding the rights within its true spirit definitely bears fruits for everybody and would bring a daunting challenge to the enemies of national unity.

(Ishita is a student of political science in University of Delhi).