You are here: Home / Areas of Study / Governance & Politics / SYL Canal Imbroglio: The need is to conserve water, not distribute it
Share 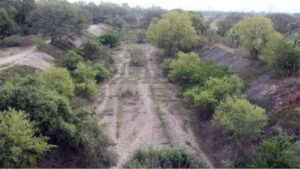 The river waters dispute in North India has taken an interesting turn with the chief minister’s of Haryana and Punjab meeting at Chandigarh, on 14 October at 11.30 AM to discuss the issue of completion of the Sutlej-Yamuna Link (SYL) Canal. Earlier Haryana Chief Minister, Manohar Lal Khattar, had used the words “resolve the long-standing water dispute” in his description of the agenda. The meeting was the outcome of a directive by the Supreme Court to the two neighbouring states to sit and discuss the issue since a “decree of the court on the aspect of the construction of the SYL Canal has been languishing for two decades.”

The Haryana government is pressing for implementation of the Supreme Court’s January 15, 2002, and June 4, 2004, orders to complete the remaining portion of the canal by Punjab. The Supreme Court bench of Justices Sanjay Kishan Kaul, Abhay S Oka and Vikram Nathhave also observed that “water is a natural resource and living beings must learn to share it whether be it individuals, states or countries.” The observation indicates a partiality towards construction of the canal.

The Union Jal Shakti ministry had suggested that the construction of the canal and other carrier canals could be completed while discussion on water sharing could continue for arriving at an agreement, the ministry now wants both states to study and deliberate the suggestions given. The matter will come up for hearing in the apex court on January 19, 2023

“The state’s interests will be fully safeguarded in the meeting and the state government will forcefully put forward the point of view of Punjab on the issue,” says Punjab Chief Minister Bhagwant Mann.

As was expected, the meeting did not lead to any consensus in the complex issue. Punjab CM, Bhagwant Mann, said that his state does not have “a single drop of water to share” while his counterpart Manohar Lal Khattar insisted upon construction of the canal with the decision on quantum of water sharing being taken later. Mann reiterated that since Punjab has no water to give construction of the canal was a fruitless venture. Later, the Haryana CM stated that it was his “final meeting” over the issue.

The position taken by Punjab is clear and unambiguous. All Punjabis, across party lines and communities, are convinced that the state, in the present scenario, has no water left to share with the other states. There is, in fact, a need to reassess the volume of river waters, which will definitely highlight the changed condition, wherein, Punjab even as a riparian state is now contesting a huge shortage of water.

A summarised background of the case indicates that after protracted negotiations the matter has reached an impasse. On 29 January 1955, the states of Punjab, PEPSU and Rajasthan agreed that out of the estimated 15.85 MAF (million acre-feet) available from the three Punjab rivers, Sutlej, Ravi and Beas, Punjab would get 5.9 MAF (million acre-feet), PEPSU 1.3 MAF, Rajasthan 8 MAF and Jammu and Kashmir 0.65 MAF. With the merger of Punjab and PEPSU in 1956, the total share of Punjab became 7.2 MAF.

The current dispute has its origin in the reorganisation  of Punjab in 1996 which led to the creation of the state of Haryana. Haryana claimed 4.8 MAF from the waters from the 7.2 MAF share of Punjab.

It was an unfair demand right from the word go , one which Punjab had no obligation to meet by any riparian principle. However, the Congress party exhibited a partiality towards Haryana and utilised two opportunities to meet the demand of the state. The first was leveraging the situation of emergency in 1976 to allocate 3.5 MAF of water to both states while Delhi received the remaining 0.2 MAF.

The second was in 1980 when Punjab, Haryana and Rajasthan were under Congress rule. The water availability in Punjab rivers was revised from15.85 MAF to 17.17 MAF, correspondingly, the share of Punjab was increased to 4.22 MAF and that of Rajasthan to 8.6 MAF while Haryana stayed at 3.5 MAF as before. Hence the Congress led Government, with a smart sleight of hand, ratified the allocation of water to Haryana and cleared the way for construction of the SYL canal. On 8 April 1982, then Prime Minister Indira Gandhi formally launched the construction of the SYL canal at Kapoori village of Punjab. 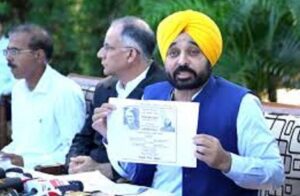 While Haryana was quick in constructing its portion of the Canal, there was solid opposition in Punjab. In 1977, Shiromani Akali Dal (SAD) filed a suit against the order of the Union government and demanded adjudication on the issue by the Supreme Court. SAD, however, commenced the construction of the canal. Again on 5 November 1985, the Punjab Legislative Assembly, with SAD in majority, repudiated the 1981 agreement. Haryana filed a suit in the Supreme Court seeking construction of the canal.

In July 1990, a Chief Engineer associated with the construction of the canal was shot dead by a Khalistani activist Balwinder Singh Jattana, this brought work on the canal in Punjab to a grinding halt.

Finally, on 15 March 2016, the Punjab Legislative Assembly, with Congress in majority and Captain Amarinder Singh as Chief Minister, unanimously passed the Punjab Satluj Yamuna Link Canal Land (Transfer of Proprietary Rights) Bill, 2016, which paved the way for return of the land that had been acquired for building the canal.

All through this period the case has been active in the Supreme Court that is addressing the same exclusively from the legal viewpoint and without heed to the changed situation of ground, as also the sentiments of the people of Punjab.

The reality on ground is that Punjab has no water to give to Haryana or any other state. The state is staring in the face of a drought like situation in the near future due to an alarming fall in the water table over the years. The situation can be reversed to an extent by the build-up of a robust canal irrigation system in Punjab, towards which end, no government had paid any heed.

The Supreme Court should, in fact, constitute a high level committee of experts to examine the water situation in the whole of North India. It may be expedient for the court to suggest mandatory change in crop patterns and agriculture practices to save water rather than providing it to Haryana to carry on with the wheat-rice agriculture cycle which is leading to an ecological disaster. The need of the hour is to conserve water, not distribute the same.

If at all Haryana wishes to carry on with its self-destructive agriculture practices then the state would be well advised to look for water towards the Sharda-Yamuna Link Canal, which forms a part of the  National Perspective Plan (NPP) of the Jal Shakti Ministry.